by The Scaramanga Six 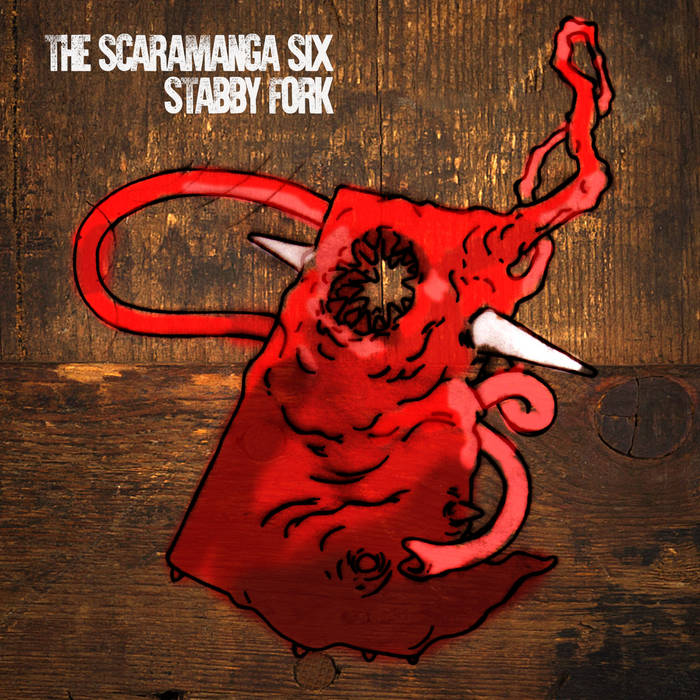 Featuring on side 1, album 2 of ‘Chronica’, this song depicts the horrible aftermath of a flash of rage amid a domestic scene. The character in the song is a man with a lit fuse, unable to deal with the red mist that descends at any provocation. In a previous life of service, his lack of self-discipline earned the court marshal and an early discharge. Nobody likes a loose cannon.
Described by a punter at one of our recent gigs as a ‘demonic cross between Sparks and Chas ‘n’ Dave’, this piano-led song has started to become a regular feature of our intense live performances. As that comparison would hint towards, the arrangement alternates between seething staccato stomp and bouncing joy with more than just a nod to The Spiders from Mars.

Recorded in the Chronica sessions, but unable to be jammed anywhere into either parts of the album, this is another piano-based opus with The Scaramanga Six’s almost trademark elaborate overture section at the beginning. The song eventually settles into a pseudo-latin-gypsy-whatthehell? groove with a first-person narrative sung from the point-of-view of a brow-beaten doormat assessing his own self-pity before galloping off on an esoteric chorus that bears no relation to the song, let alone reason.

To accompany the single release of ‘Stabby Fork’, we have also captured a dark and sickly performance in the form of a brand new music video. The video is directed by the inimitable Ash Pears of Ash TV (www.ashtv.co.uk) and features amongst other things: candlelit spookiness, jerky movements, spitting of feathers, women’s sunglasses and looks of disgust. Take a look at this promo vid here:

Please do your best to share both this video and the BandCamp link for this single on your preferred social media platform – we reply on YOUR support and recommendation, which is always greatly appreciated by this jaded old band.

'Stabby Fork' is taken from the brand new double-CD/vinyl/download album 'CHRONICA' by The Scaramanga Six.

Released on 24/11/17, it will be available from all good online retailers, iTunes, on Spotify etc and direct from The Scaramanga Six at www.thescaramangasix.co.uk

Bandcamp Daily  your guide to the world of Bandcamp